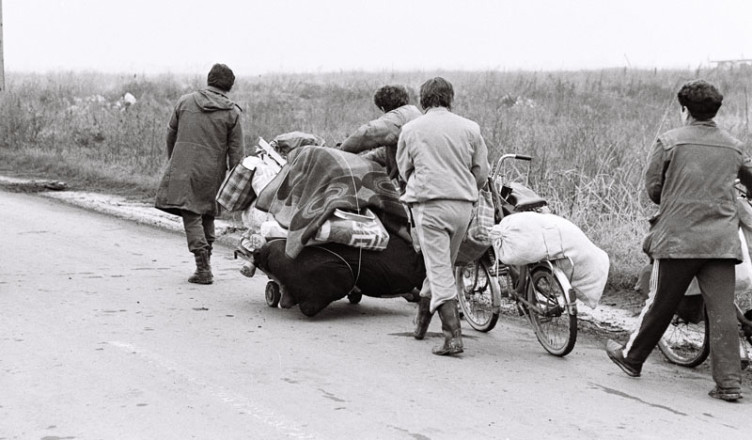 This event commemorates the 20th anniversary of the “Storm”, the military action conducted by the Armed Forces of the Republic of Croatia against the Serb-populated region of Krajina – Northern Dalmatia, Lika, Banija, Kordun – under the UN protection. The ensuing crime resulted in the brutal killing of 2300 Serbs, mostly civilians, as well as the expulsion of more than 250,000 Serbs and the complete destruction of more than 25,000 homes.

The exhibition is organized by the Photo Association of Vojvodina, and supported by the City of Novi Sad. Photos from the “ Operation Storm”, one of the greatest exoduses in the 20th century Europe, will be displayed on twenty six large panels, through the poignant testimonials of the most prominent Serbian contemporary photojournalists: Tomislav Peternek (NIN), Ranko Cukovic (Reuters), Jaroslav Pap (Dnevnik – Tanjug), Martin Candir (Dnevnik), Darko Dozet (Vecernje novosti), Zeljko Sinobad (Politika), Zoran Jovanovic-Macak (Vecernje novosti) et al.

– It is our way of reminding about this terrible tragedy that has afflicted our people. Yet, it seems to be deliberately dismissed quite too often. Through this exhibition, we seek to ward off hatred and revanchism, and raise awareness about preventing such tragedies from happening again, to anyone – says Darko Dozet, one of the featured photojournalists, and the president of the Photo Association of Vojvodina.

The exhibition will be held for the three days at Novi Sad ’s Freedom Square, after which it will tour several cities throughout Vojvodina.